The Upper Canal is a 125 year old infrastructure which conveys bulk water from Southern Highland Dams to Western Sydney’s Prospect Reservoir. The canal consists of open channel concrete sections, which, due to their ageing condition, have collapsed and failed in recent years.

Works were carried out during canal shut down and dewatering, through the period of July to September 2013.

As The Upper Canal is the immediate back-up source for Sydney’s drinking water supply, this project was extremely time sensitive, with all works to be completed within the nominated 9 week time frame. Select Civil completed all concrete works within the canal in this period.

Site access was via narrow access tracks, and passing through public parkland and some locations adjacent the canal had steep and unstable embankments. The canal itself consisted of 3m high concrete walls. This created significant access restrictions for plant and personnel.

The canal wall backfill was removed, conditioned and re-compacted to marry in with the existing canal batters. This was achieved with excavators, trench rollers and vibrating padfoot rollers.

The concrete walls were constructed of formed and pumped concrete, reinforced with bent and shaped SL81 steel mesh, stainless steel dowel bars and N16 steel anchor rods. The concrete finish was required to produce a smooth surface and not disrupt the flow of the water passing through the channel.

Significant importance was placed on the complete waterproofness of the canal walls, ensuring no fluid would be lost to the supporting ground, and no contaminants could penetrate through to the water supply. Adjacent concrete panels were separated with expansion joints and sealed with two part epoxy specialised sealants to provide additional leak resistance. 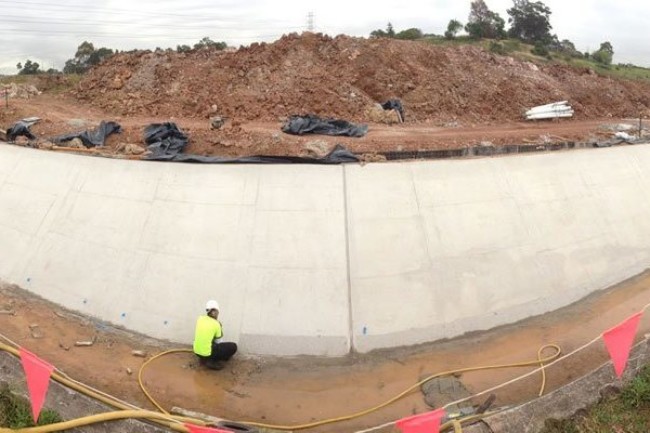 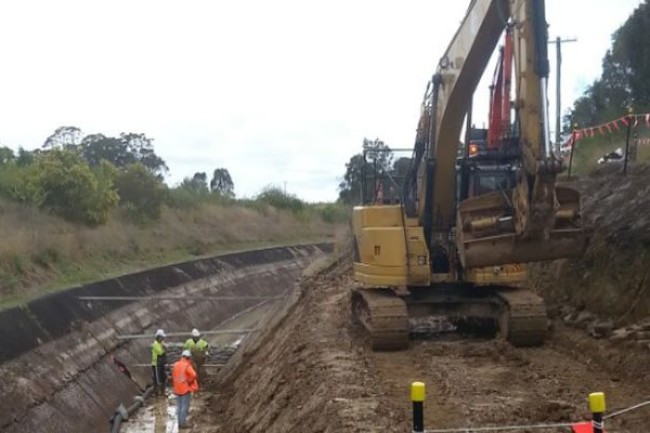 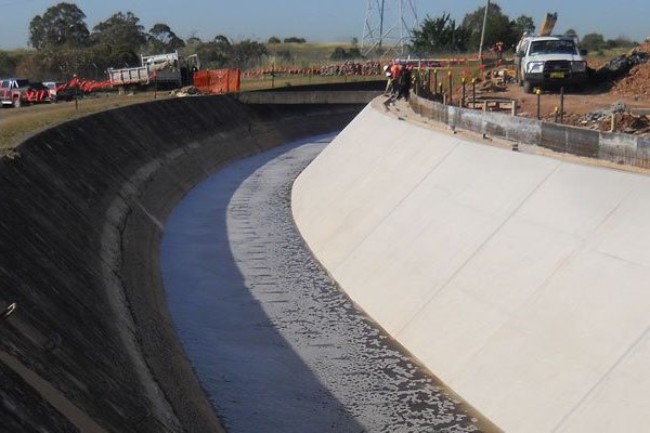